A day In Lilongwe. Meet Fanny, a farmer with big ideas and the passion to make them happen.

Lilongwe, Malawi — A wife, a mother, a farmer, and an entrepreneur – Fanny Kuwani doesn’t have much time to waste.

Fanny is a farmer involved with the Clinton Development Initiative (CDI) here in Malawi. This means Fanny runs her farm while also acting as a mentor for the broader network of farmers who receive training on maximizing their land’s production, seeds and fertilizer, and even loans for their farms through CDI.

Recently, Joyce Mogha – one of CDI’s local staff in Malawi – spent the day with Fanny, chatting about what she’s been up to, and listening to what she has planned for the future. 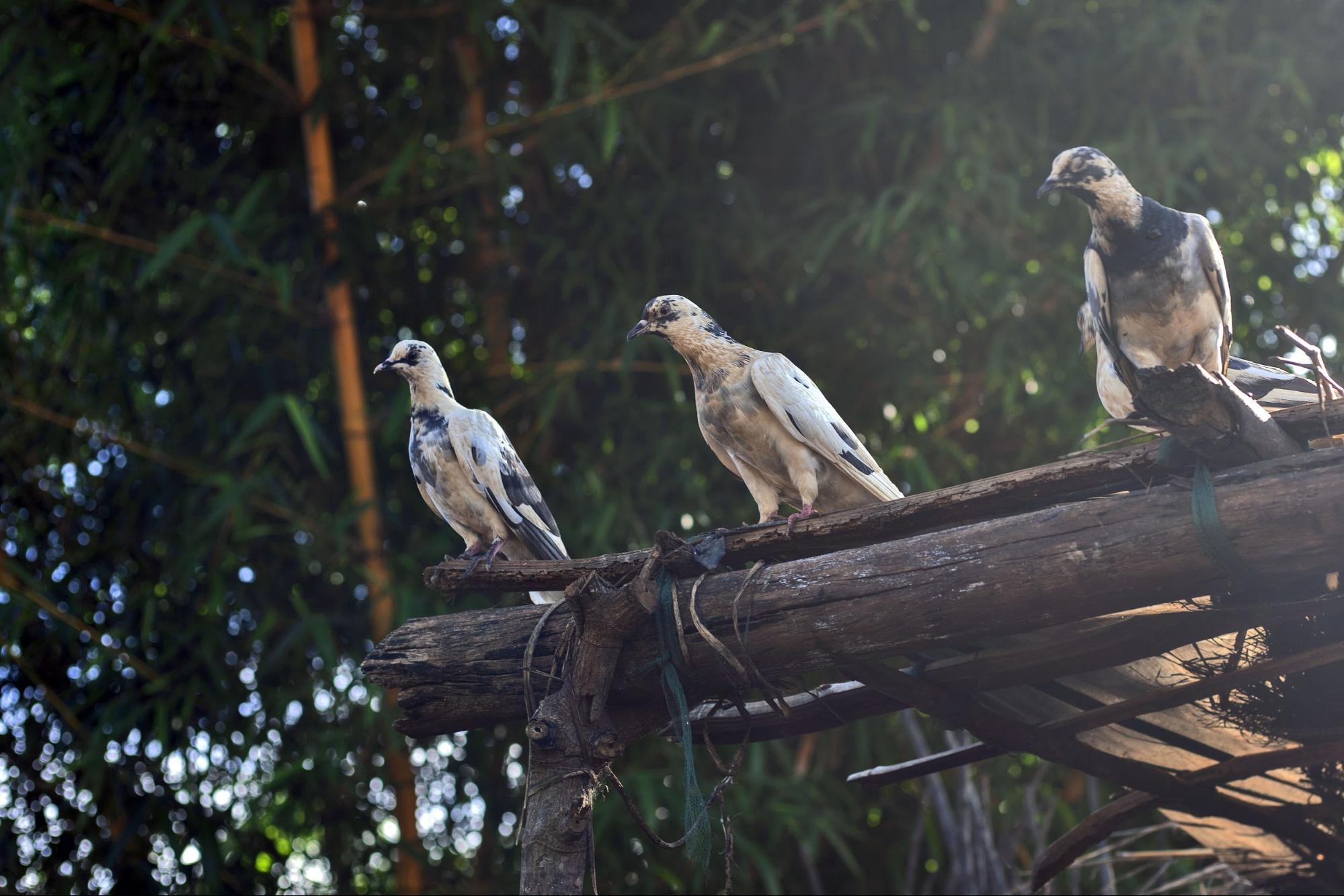 It’s easy to wake up early in central Malawi, where the sun rises in the Lilongwe District at 5:50 a.m. Fanny uses this time to spend with her three children and husband before she gets to work. 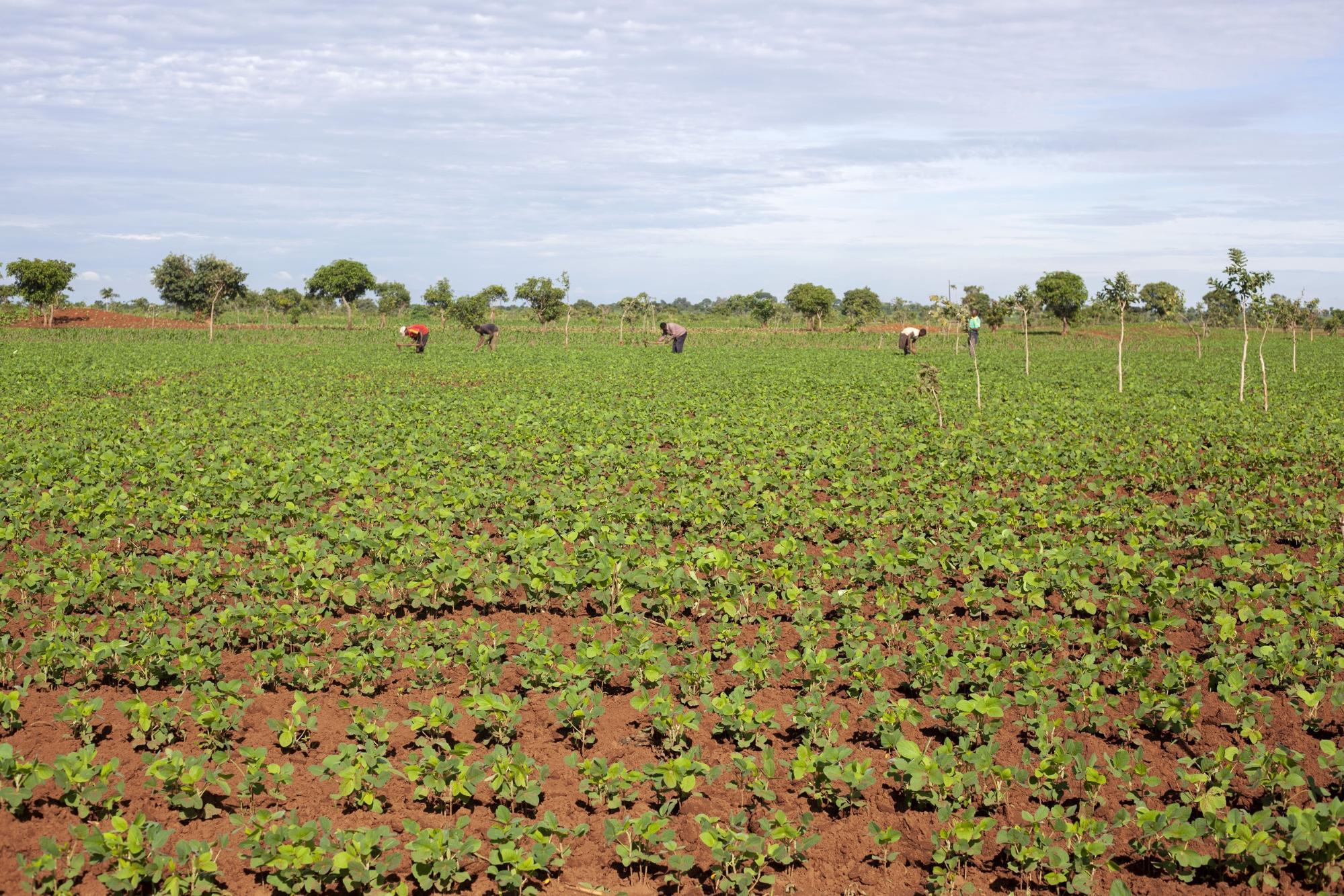 Fanny – like many farmers in Malawi – begins her morning in the field. It’s a smart move to start early before the afternoon sun makes the temperature soar.

Neighbors and community members stop to speak with one another – it’s the perfect time to both exchange information and discuss challenges the community faces. Ask anyone in this area what their days center around, and you’ll hear one word: farming.

In a country where more than 80% of the economy is based on agriculture, farming touches nearly everyone’s life in one way or another. 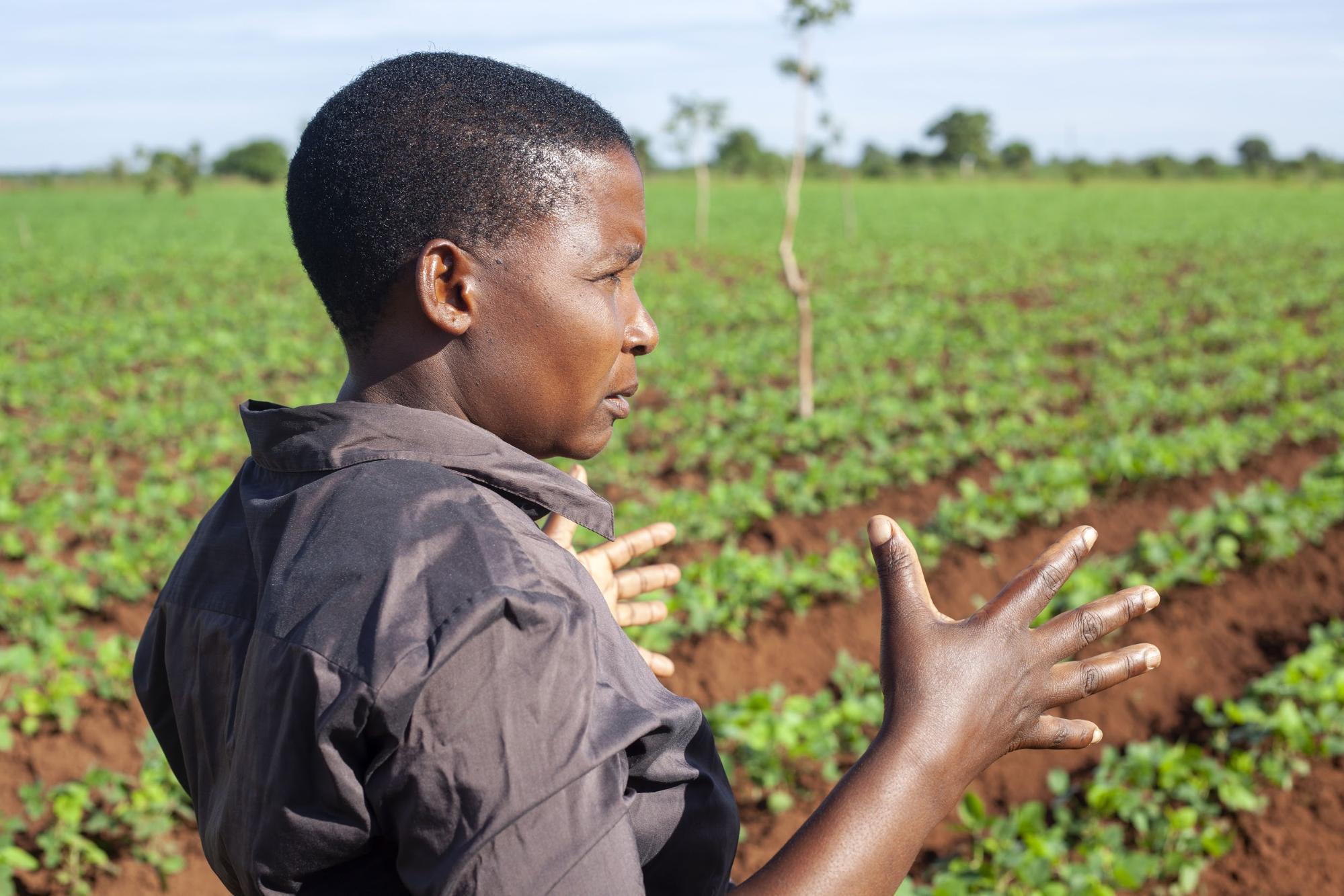 Around 10:00 a.m., Fanny steps back and takes a break to survey what she has left to do this morning. The buzz from her mobile phone tells her that she has a new WhatsApp message. It’s from Dyna Mpasuka, one of our managers of CDI in Malawi, keeping her informed with news about the local market.

As hub farmers, Dyna and Fanny play an important role in their community, helping others access information and other inputs they need for success. Fanny reads the message and informs us that the market price for soybeans is still climbing – great news for Fanny.

Before she joined CDI, Fanny and her husband were mainly growing tobacco. Tobacco for many decades was a staple crop here in Malawi. It fetched good prices on the market, and afforded people to live at least a modest life by Malawian standards. But in recent decades, a decline in global demand for tobacco has taken a toll on local communities. Beyond the price, because of the health consequences of growing tobacco, Fanny and her husband decided to make a change. With the support of CDI, they began to transition their farm from tobacco to soybeans.

In 2017, Fanny was chosen as one of CDI’s hub farmers and in the same year accessed a farm loan from CDI for soybean production. For many farmers in Malawi, lack of credit and collateral makes accessing loans challenging. But with support from CDI, Fanny was able to make an investment. She grew her soybean crop on eight acres of land and was able to harvest 225 bags, each weighing 50 kgs, in her first season and nearly doubled her profits from before.

“I would not have managed to harvest so much if it wasn’t for CDI,” she says. “I love working with CDI because unlike other organizations, CDI delivers on its promises and is passionate about helping farmers.”

“The profit she’s earned has been reinvested back into a larger piece of land where Fanny plans to build a new house for her family.”JOYCE MOGHA

As the midday sun starts to hit overhead, Fanny and her workers wrap up their work in the fields. Fanny employs several workers – the majority of whom are women – to help her in planting, harvesting, and tilling the soil. No small feat for a farmer who less than two years ago was struggling to make enough money to keep a roof over her head.

It’s time now to head into the capital city of Lilongwe to run a few errands, one of which is a quick stop at the local bank to make a deposit. In a country where only 26% of the adult population is served by the formal financial sector, having a bank account is a point of pride for Fanny.

On how it feels to be reaping such success with her soybean cultivation, Fanny says, “CDI connected me to several markets where I sold my soybean grain. I more than doubled what I invested. I have never touched so much money in my life!”

The profit she’s earned has been reinvested back into a larger piece of land where Fanny plans to build a new house for her family. She has also bought a cow and fertilizer, and uses the rest of her profits to employ her workers. It’s wonderful to see an entrepreneur like Fanny paying it forward in her local community.

She’s also been able to start a savings account to pay school fees for her three children: Tiyamike, who is 12 years old, Noah, who is 14 years old, and Makhowa, who is 19 years old. 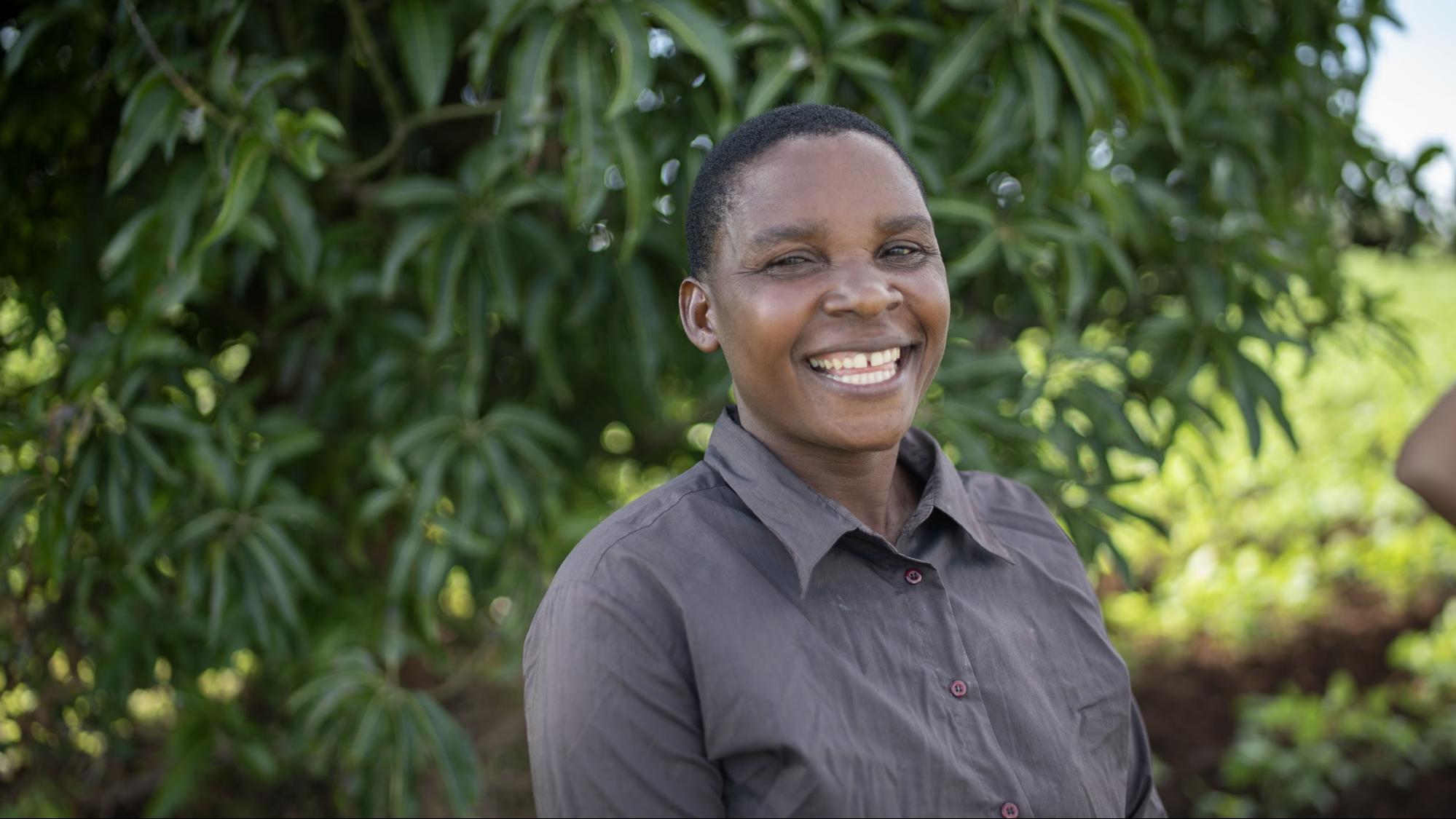 Around 2:00 p.m., Fanny is just wrapping up her errands in town, when she runs into a group of village elders. She stops for a few minutes and discusses with them the impact of CDI in the community.

“CDI has transformed my village. People now have modern houses, own livestock, and send their children to school due to rising incomes,” said Senior Chief Palawo. “More than half of my people accessed farm inputs through CDI. If every household were to access a farm loan, this whole village would be rich!”

It’s inspiring to see not only one woman, but an entire community transformed by this initiative. 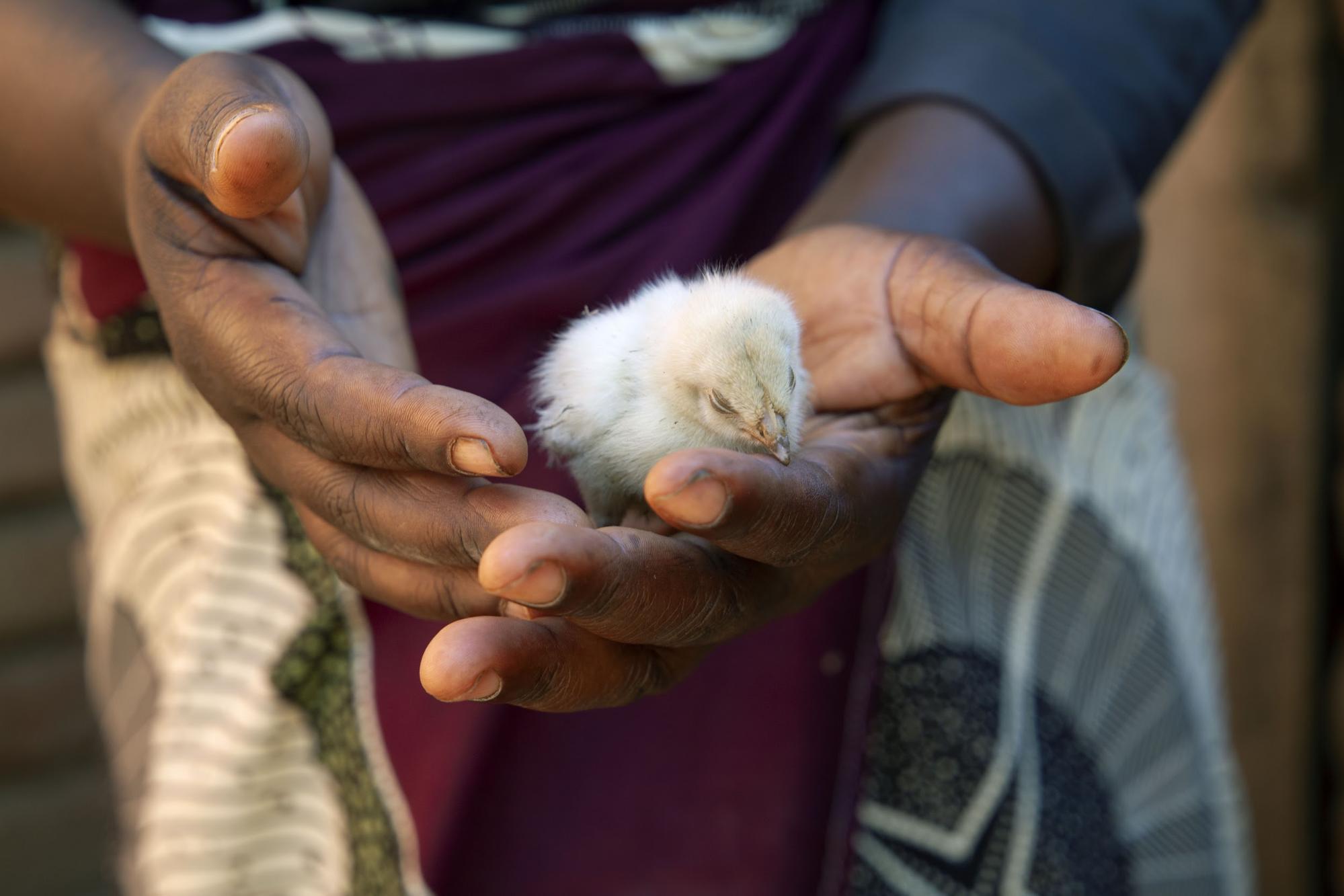 As the day is winding down, and the outdoor work is finished, it’s time to start thinking more strategically.

The brilliance of Fanny is that she never stops working to improve her farm and expand her impact to her broader community. She is truly a woman with purpose and passion. For Fanny, the next step is opening a small business that stocks and sells farm inputs.

Fanny explains to us that farmers travel long distances – losing hours of productivity – just to access quality farm inputs. If she can get a business off the ground closer to the farmers who need these inputs, and from someone they know and trust, she knows that productivity could skyrocket. 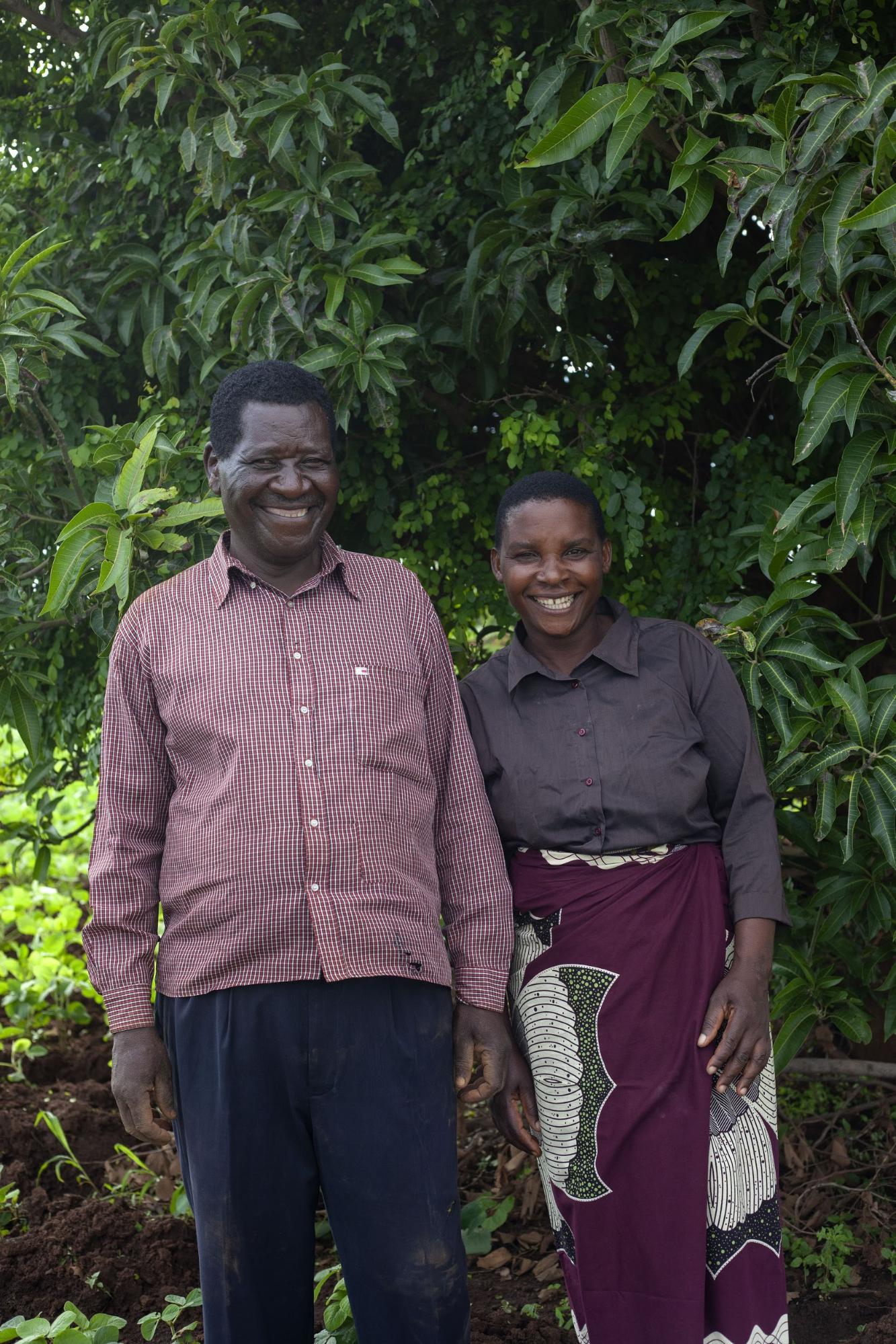 Back home with her husband and children, Fanny enjoys the end of the day. It’s a time for thoughtful reflection and appreciation for everything she’s built for herself, her family, and her community. Here in Malawi, there’s an old saying: “Lende nkukankhala” – literally translated: you cannot swing without someone pushing you. Fanny explains that it really means it’s hard to succeed in life without support from others.

President Clinton echoes this saying often, explaining that every person deserves a chance to succeed, everyone has a responsibility to act, and we all do it better when we work together. It’s wisdom that rings true for this community, where success is shared and folks recognize the importance of supporting one another to build a stronger future.